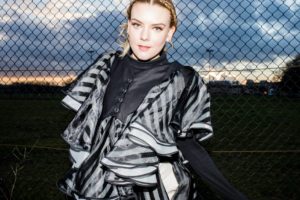 Who is she? “Py is a force in electronic music as a whole. A dexterous, soulful and deep vocalist. She is unassuming, grateful and sporting an aura of creativity, as well as one of confidence and musical prowess.” Data Transission

The Sunday Times thinks: “Ghostdance shows us what we’ve been missing, its sinuous vocal, Prince-like groove and alt R&B sonics adding up to one of the most arresting songs of the year.”

Radio 1 thinks: Zane Lowe made her single Polyethers his prestigious ‘Next Hype’

Boiler Room says: “Pretty spot on if you ask us”

Supported by: By the prestigious ‘PRS Momentum Award’ and the ‘Grants for the Arts Award’ The Arts Council.

Actually: Has a 1st in Music and Visual Arts studied at Brighton University.